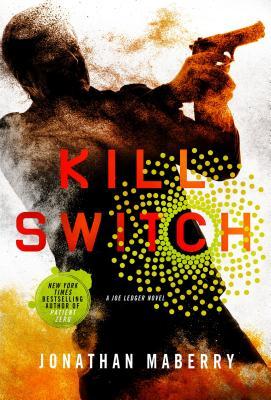 What do you do when the power goes off?

A terrorist group has acquired one hundred E-bombs. Each bomb's electromagnetic pulse is powerful enough to blow out all power and all technology from a major city. The terrorists plan to hit one hundred American cities in a campaign of destruction. Word has gotten out about the coming blackout and gangs, criminals and terrorist strike teams are poised to attack when the lights go out.

Joe Ledger knows how to stop them. He has the names, locations, abort codes.But a targeted EMP weapon kills the electronics aboard his plane. Joe crashes in the deepest and most remote part of the vast rainforests of the Pacific Northwest. Joe and his combat dog, Ghost, survive the crash -but they are lost in the wilderness with no weapons and no way to get the information to the authorities.

Time is running out. And Joe is being hunted by a terrifying new kind of assassin. A team of remote viewers have the ability to take over any person and turn ordinary citizens into killers.

Joe and Ghost may have to kill the innocent in order to save the entire country from falling during a night of darkness and mass murder.