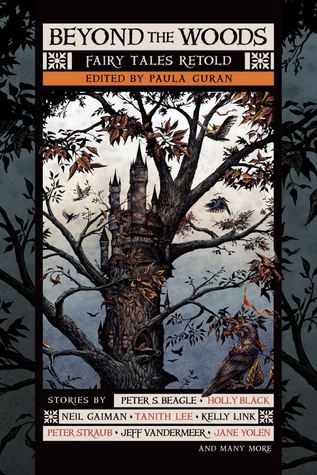 Once upon a time, the stories that came to be known as “fairy tales” were cultivated to entertain adults more than children; it was only later that they were tamed and pruned into less thorny versions intended for youngsters. But in truth, they have continued to prick the imaginations of all ages.

Over the years, authors have often borrowed bits and pieces from these stories, grafting them onto their own writing, creating literature with both new meaning and age-old significance. In the last few decades or so, they’ve also intentionally retold and reinvented the tales in a variety of ways—delightful or dark, wistful or wicked, sweet or satirical—that forge new trails through the forests of fantastic fiction.

This new anthology compiles some of the best modern fairy tale retellings and reinventions from award-winning and bestselling authors, acclaimed storytellers and exciting new talents, into an enchanting collection. Explore magical new realms by traveling with us, Beyond the Woods…